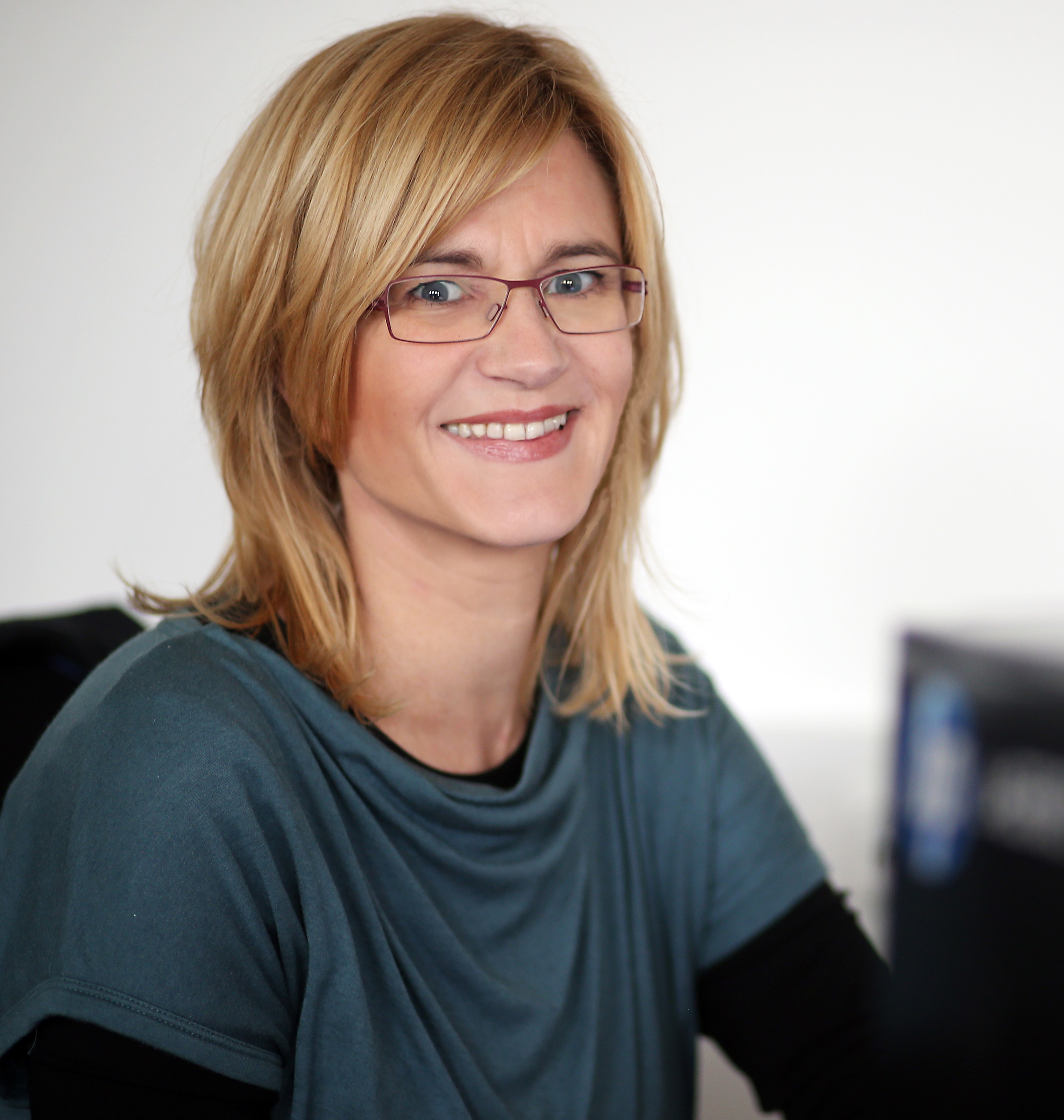 Brita_Kunze
Brita was born and raised in Linz-Austria, but her international curiosity has always made her travel and live stages abroad until finding a place in Barcelona-Spain in 1999 where she has lived and developed her career ever since.

Brita is an international executive with proven experience in the retail sector, taking active part in the sales and marketing strategy during the intensive expansion period in Spain of the multinational group “Lidl”, with headquarters in Germany, one of the most important food retailers in Europe. She started her career as a Project Leader in the sales department where she, in close collaboration with the Head of Sales, led the change management process for improving the nationwide operative system. Brita was subsequently promoted Sales Manager and, after a training period in Germany, was responsible of all commercial activities, inventory- and HR-matters of a network of stores on the Catalonian territory and on the Balearic Islands. She supervised 7 regional managers, over 60 store- and assistant to store managers and up to 250 store personnel.

After her experience in Sales she was appointed Marketing Manager within the Lidl headquarters and led the transition of the Marketing strategy from a homogeneous nationwide approach to a more local focused one in order to boost awareness and results. She was, with the help of a team of 18 persons, responsible for the creation of the overall weekly advertising, such as shooting the TV commercials, lay-out, print and distribute approximately 4 million flyers, press releases in 3 languages and the website - to name the most important ones – and to negotiate all media. She also led the conception of an image campaign, which would mark the company’s next step forward within the retail wheel.

After her time at Lidl she gained additional Marketing experience when working at a renowned sports sponsorship Agency, participating in the development of strategies for high-class clients and backing up the drawing process of pitches for new clients. She also managed and organized events with international impact.

Brita furthermore has experience in startup companies and in building up a network of customers and providers in 5 continents in the office supply industry. She is used to manage budgets, report directly to the Board of Directors, lead negotiations and develop and implement companies’ strategies.

She is characterized by a hands-on philosophy, clear customer and service orientation and strong business ethics. She is also well-appointed with open-mindedness and a natural ability for networking. Brita speaks German, English and Spanish at a proficiency level and French and Catalan on a conversation level. 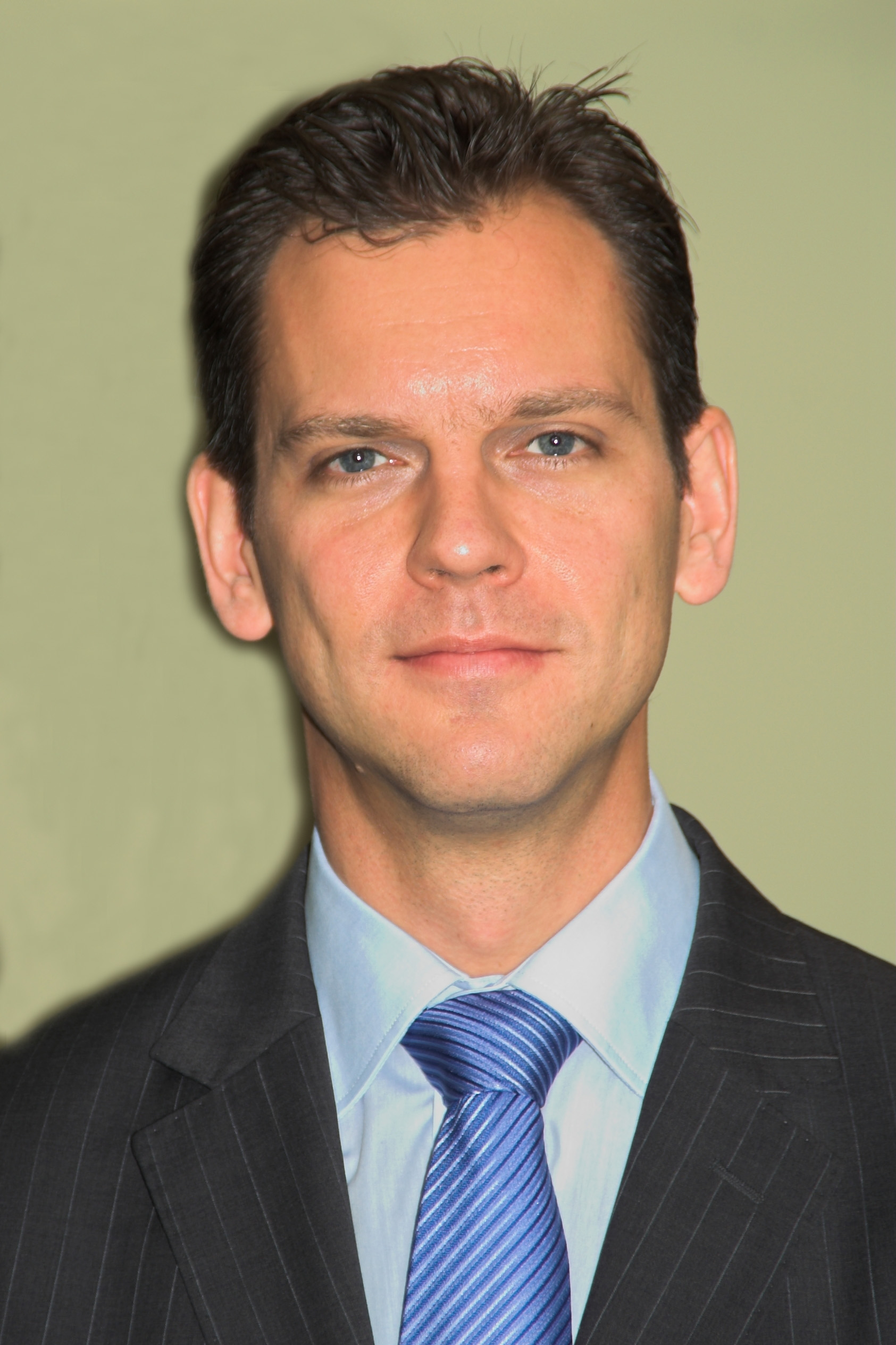 Clemens is a serial entrepreneur in the telecom industry with 18 years of experience working as consultant, banker and C-level executive in more than 20 countries around the globe. He’s very active in Barcelona’s start-up community, has worked as mentor for incubators and has given classes in finance at the University of Vienna.

Prior to fonYou, he cofounded NextGen, a consultancy specialized in telecoms, and worked as an employee for Lehman Brothers and One (a mobile operator in Austria). 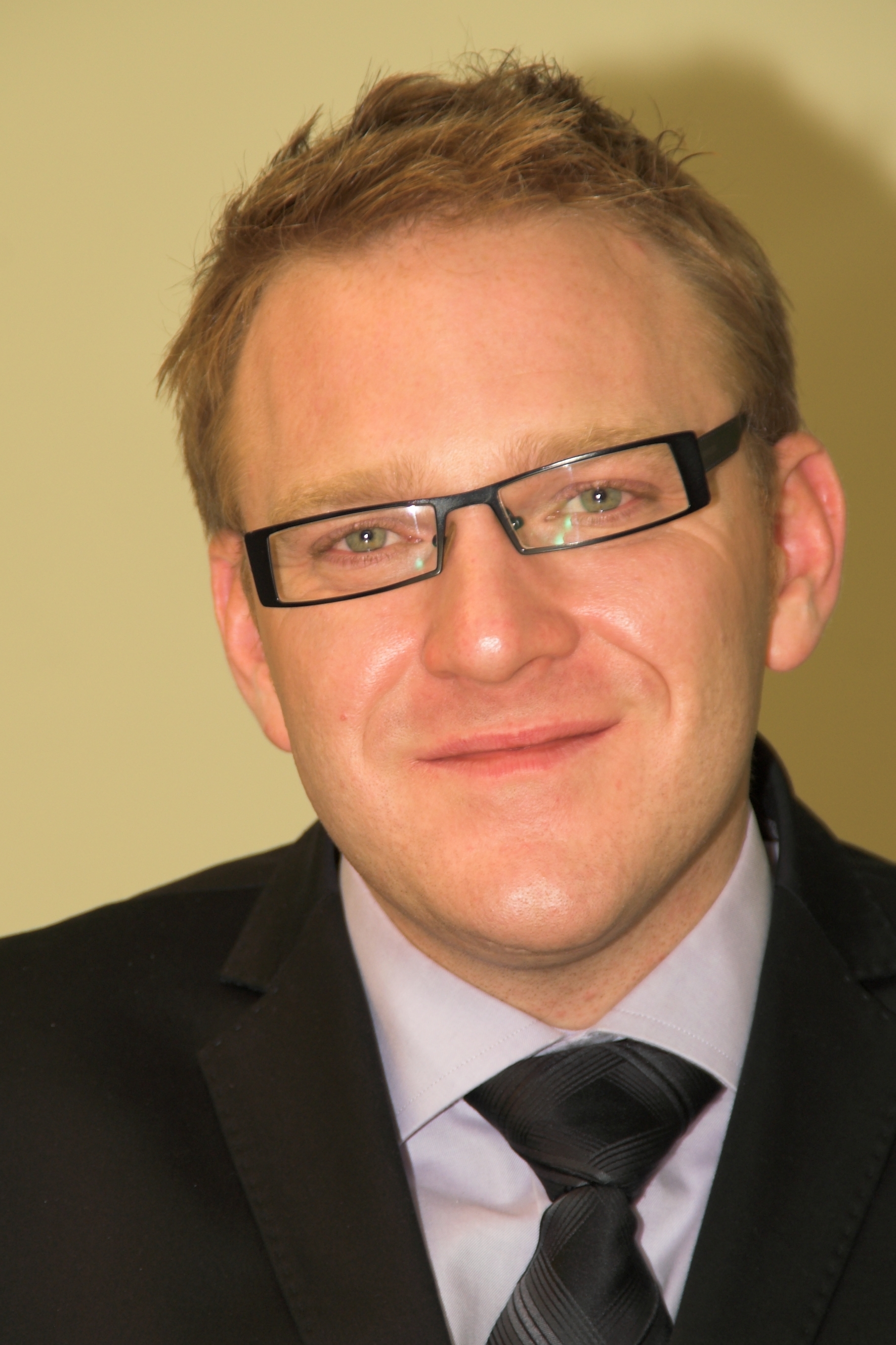 Andrew J. Crockley
Andrew J. Crockley, founder and Director of Crockley Business Communication, was born and raised in London but has lived and worked in Barcelona since 2006. Apart from being a qualified and experienced Business English Trainer, Andrew has studied Philosophy at the University of Southampton, UK, and Spanish at the University of Buenos Aires, Argentina. Andrew is especially proud of is his 5 years of travelling and working around the world during his twenties.

Taking in five continents, his experience and subsequent cultural insight have been invaluable in helping him position Crockley Business Communication as the reference point in Barcelona for companies looking to carry our international business and acquire the awareness of differing business cultures in order to internationalize effectively. Through his company, Andrew is delighted to have helped politicians, business leaders, CEO’s, entrepreneurs and multinational and local companies achieve their objectives and take on new markets, confident in their ability to communicate effectively in their target language. He is happy to include Sony, Applus+, Bayer, la Generalitat de Catalunya, La Esquerra Republicana, Devex, Grupo Sagardi and Banco Popular amongst his company’s clients.

Andrew is particularly excited about the new range of products offered by Crockley Business Communication, particularly the new Presentations in English for Executives intensive course available in Barcelona and the madeto- measure immersion courses in Buxton, England, all of which have enjoyed tremendous success since their recent launch. Whilst his mother tongue is English, Andrew speaks fluent Spanish and conversational Catalan. 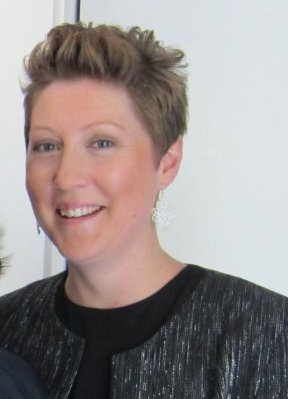 Nina Tscherno
Nina was born and raised in Spain to Irish/French parents and has British nationality. She started her professional career in London in 1996 , where, during 5 years, worked as an Administrator on the Channel Tunnel Rail Link Project and an Executive Assistant at Ernst & Young before moving into IT project work with Boston based consultants Keane Inc, managing project budgets and accounts forecasting/reporting. .

In 2001 she moved to Paris and worked for Ralph Lauren as Point of Sales Manager, producing and distributing marketing material and collateral for their wholesale channel. In 2003 she moved to Barcelona where she worked as Media Relations Manager for an agency producing special advertising sections for publications such as Time and BusinessWeek. In 2005 she moved to Madrid to work for Swatch Group as Executive Assistant to their newly appointed Managing Director, before returning to London in 2006.

She worked on a temporary basis for financial institutions such as Rothschild, VISA, Investec and BCG Cantor Fitzgerald whilst searching for an opportunity in the retail sector. In 2007 she joined Alfred Dunhill (part of the Richemont Group) as a Project Coordinator in a role of dual responsibility: Project Managing store openings and refits in the UK and Eastern Europe/Russia, as well as Business Analysis doing sales forecasting/reporting and budget management for the head of sales for the region.

With the financial crisis in 2009 she was unfortunately made redundant along with 10% of staff, so worked as Executive Assistant/Office Manager for Penten Group, a small, family run construction business. She subsequently joined De Pinna Notaries in 2010, a private partnership, as Bilingual Assistant to the head of the Spanish Department where she stayed until early 2013 when an opportunity arose to do contract work.

She worked for A10 Networks, a US hardware company, who were in the process of restructuring their EMEA business and preparing to transition from a private to public company in the US. As Sales Operations Manager she reviewed workflow processes to improve efficiency, reduce costs and meet auditors’ requirements. She then worked for Philippe Hurel, a renowned luxury French furniture brand and family run business, as Operations Manager in the London showroom/office. Reviewed and streamlined business processes to enable the UK business achieve an aggressive sales growth target as well as managing the showroom and liaising with interior designers and HNWI.

Since October 2013 she has been working at HSBC headquarters in London as a Project Coordinator/Executive Assistant within Group Marketing, in the Digital Consumer Engagement Team, who develop and manage the bank’s presence in the digital arena as well as apps and websites.

With a vast and varied experience in different sectors and types of roles, Nina is always keen to explore new professional opportunities. She is fluent in Spanish and French.

get to the CORE of the matter
﻿ 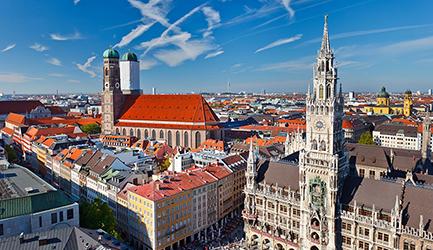 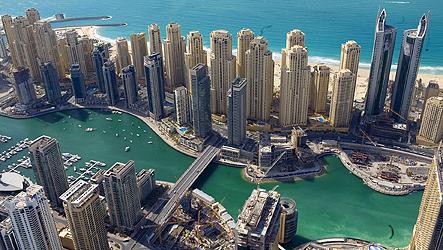 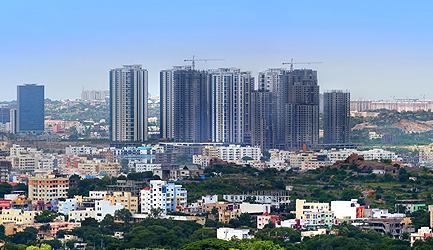 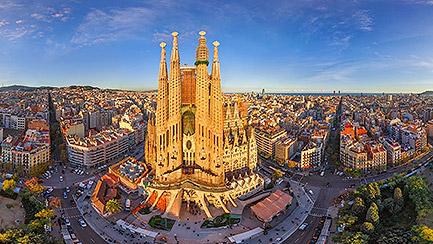 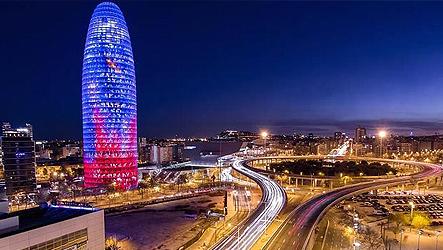 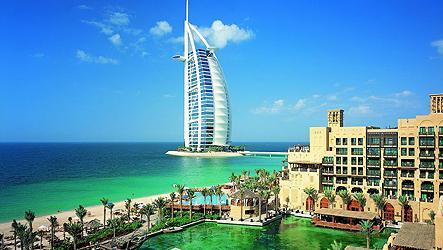 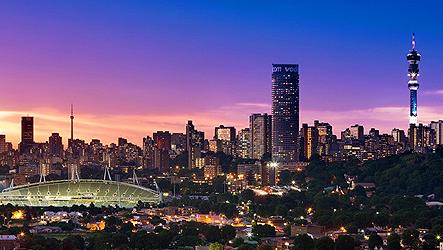 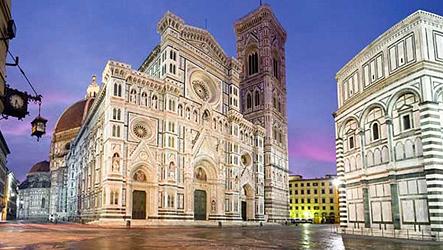 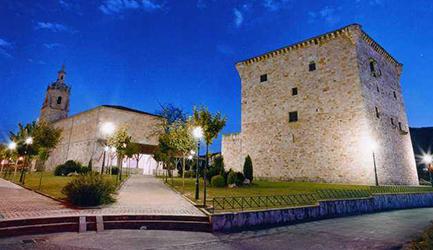 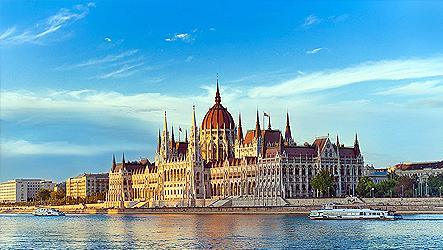 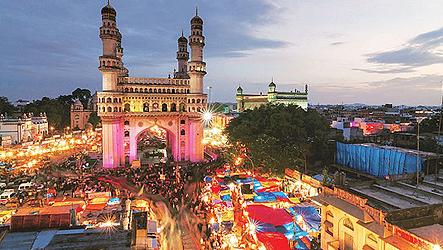 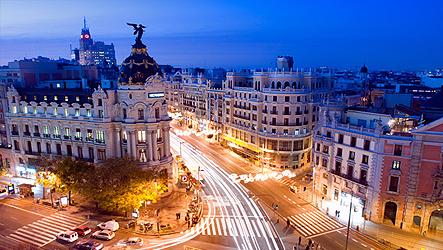 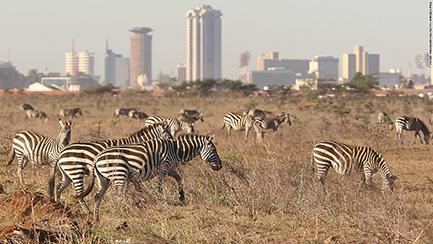 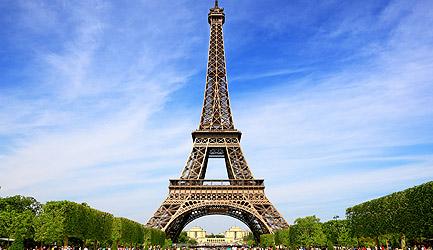 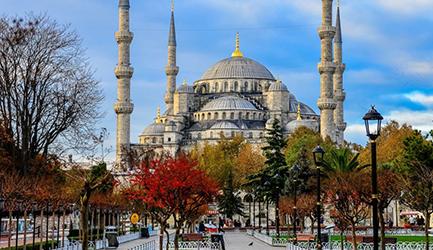 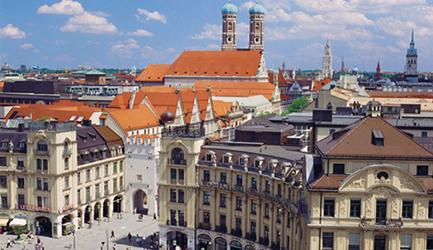